Former Chelsea and Ivory Coast star Salomon Kalou’s first season playing in Brazil saw his club Botafogo being relegated from the top-flight – so what went wrong?

The 35-year-old admits it was a tough few months for him pointing to coaching changes, language problems, tactical issues and financial challenges as some of the reasons for his struggles.

“We were the most experienced players but thrust into a new environment,” Kalou told BBC Sport Africa.

“There is a language barrier and the way football is played in Brazil is different – it is very individual. You have to make the difference.

“Sometimes, you need a lot of physicality and ability in a lot of one-on-one situations. It is less tactical.” 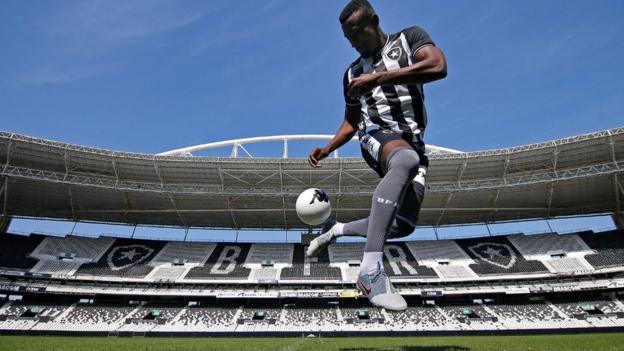 Paulo Autuori was the Botafogo coach at the time and convinced Kalou to sign despite the Ivorian having more lucrative offers on the table from other clubs.

In 2019, the club from Rio de Janeiro narrowly escaped relegation, but Autuori promised that Botafogo would build a competitive team around the experience of both Kalou and Honda.

The former Chelsea player bought into the idea that allowed him to experience a different culture and settle in his partner’s native country.

“I came for the experience, I could have gone to China or an Arab club if I wanted the financial side. Paulo Autuori brought me here,” explains Kalou.

“He helped me to get in shape. He understood European and African football because he coached outside of Europe.

“In Qatar, he managed some African players. He understood that sometimes you need time to adapt.

“He communicated a lot with me, but when Paulo left communication went out of the door.”

A modest start to the season with Botafogo drawing nine of their first 13 matches saw Autuori ask to leave the club and results then took a dramatic turn for the worse.

The club then began to hire and fire coaches at a frightening pace which destabilized not only Kalou but the entire team.

During his playing days in Europe, Kalou worked with Jose Mourinho, Luiz Felipe Scolari, Carlo Ancelotti and Roberto Di Matteo among others, but he never quite experienced a turnover like at Botafogo.

“I have been here for 5.5 months and I have had six coaches,” says Kalou.

“When Autori left, things became difficult. I didn’t play to my best and I have to take some responsibility. Remember Honda is 34, I am 35 so we aren’t the type of players who are going to dribble everyone and score every goal.

“We are dependent on a good team at this age. Honda left the project. He was fed up. He was frustrated with the situation.” 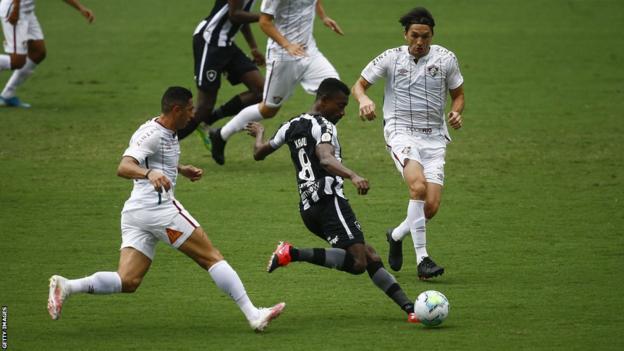 His limited contributions left both the club and the fans disappointed in a season that rapidly became a slow march towards relegation into the second tier of Brazilian club football, the Serie B.

Earlier this month, Botafogo were condemned to the drop for the third time in the club’s history following a 1-0 defeat at home to Sport Recife, the consequence of a team and club disorganized from top to bottom.

At times, Botafogo, one of Brazil’s most indebted clubs, struggled to pay Kalou’s salary on time.

“They did their best to match what they owed me, but it wasn’t always on time,” says Kalou.

“Before I joined the club, I knew that they were in financial difficult, so I didn’t come for the money. The planning of the project wasn’t well thought through.”

To prepare for life in the Serie B and to downsize operations, the club wants to offload Kalou, who signed an 18-month contract last August which includes an option to end the deal after six months.

Brazilian media have linked Kalou with a move to Sao Paulo, but in the twilight of his career Kalou’s focus is slowly shifting away from football after having spent two decades at elite level. Recently, he became a father for the first time.

“It’s been a challenging year – the pregnancy and now the baby is here, it has been quite a long six months, being in a new country.” concludes Kalou.

“Football is a great thing and it has given me a lot of joy in the last 20 years, but when I get home now and see the baby nothing else matters. I have to see what is best for my family.”

Putting his family first means that whatever happens Kalou is likely to be spending some of his time in Brazil in the future given that his partner, who he met while playing in Germany, is Brazilian.