Polls are to open in Malawi a year on from President Peter Mutharika’s disputed election victory that was annulled nearly five months ago.

Mr Mutharika, who wants a second term, is up against Lazarus Chakwera, who heads an opposition coalition.

Evidence of vote tampering including correction fluid on tally sheets led to judges scrapping his May 2019 victory and ordering a fresh election.

The country’s judiciary has been widely praised for its robust response.

Malawi became the second African nation to annul a presidential election over irregularities, after Kenya in 2017.

The country has been bitterly divided in the run-up to Tuesday’s re-run, the BBC’s Emmanuel Igunza reports.

Widespread anti-government protests and violence have threatened to plunge Malawi into an even deeper crisis.

Whoever wins the election, will have to heal these deep divisions as well as tackle key electoral issues such as corruption, poverty and unemployment.

Why is there a new vote?

A re-run of the May 2019 election was ordered by Malawi’s Constitutional Court in February after judges found widespread irregularities with the original ballot.

That election saw President Mutharika narrowly re-elected by less than 159,000 votes with a 38.6% share of the vote. Mr Chakwera came second with 35.4%.

Mr Chakwera and the candidate who came third argued that the election had not been fair.

Their complaints included allegations that vote tallying forms had been added up incorrectly and tampered with using correction fluid – known in Malawi by its brand name Tipp-Ex.

Uncertainty around the result sparked months of tension and protests, which spilled over into clashes between opposition supporters and police across the country.

February’s decision to annul the election led some to celebrate, but Mr Mutharika described it as a “serious subversion of justice” which marked the death of the country’s democracy.

The new vote comes at a time of growing tension between the government and the country’s courts.

There have also been concerns over the logistics and safety of carrying out an election in the midst of the worldwide coronavirus pandemic.

Who is in the race?

The president and his Democratic Progressive Party (DPP) are in an alliance with another party, the United Democratic Front (UDF). 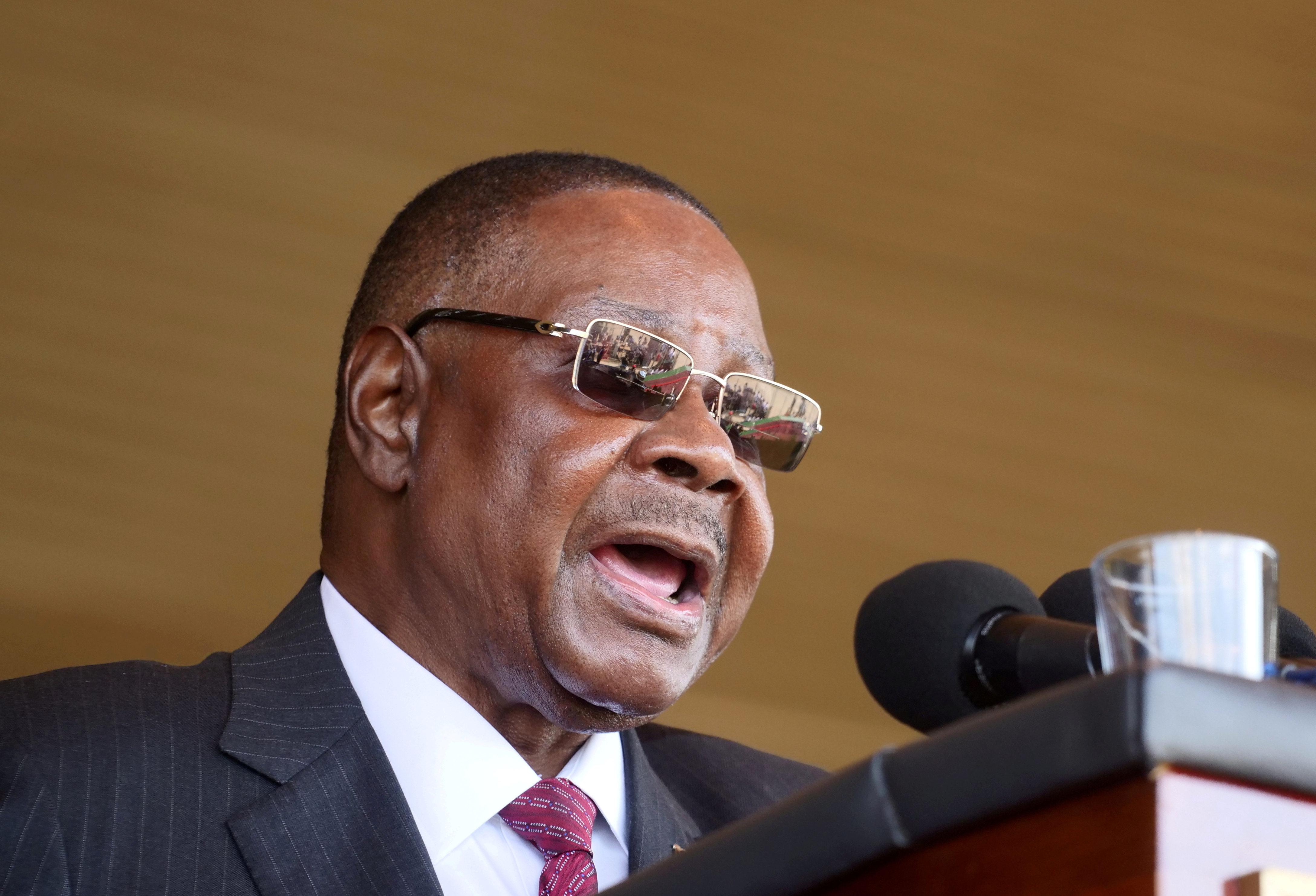 Candidate for the Democratic Progressive Party

“If you give me another five-year term, this country will develop to the level of South Africa or Singapore, London, America or Canada,” President Mutharika told a campaign rally in the capital, Lilongwe, last week.

Mr Mutharika, a former law professor who taught in the US before becoming a cabinet minister, was first elected to Malawi’s top office in 2014. Two years earlier his brother, Bingu wa Mutharika, died while serving as president.

He faces competition from Mr Chakwera, a former cleric who heads up the opposition Malawi Congress Party (MCP).

Born in Lilongwe to a subsistence farmer, the philosophy and theology graduate has pledged to raise the national minimum wage among other changes.

Candidate for the Tonse Alliance

Mr Chakwera is leading a nine-party opposition coalition, the Tonse Alliance, and has the backing of former President Joyce Banda as well as the country’s vice-president, Saulos Chilima, as his running mate.

Mr Chilima – who finished third in the 2019 vote – was once an ally of President Mutharika, but has since fallen out with him.

The vice-president has tried to reassure the public that the result will not see a repeat of the controversies of last time.

“Do not be discouraged; come out in large numbers to cast your vote. Your vote will be protected and no room for rigging,” he said on a campaign visit last week.