As Kenyans debate the legacy of ex-President Daniel arap Moi, who has died at the age of 95, the BBC’s Ferdinand Omondi shares some very personal memories.

I will remember President Daniel arap Moi for many things.

Growing up in the 1980s, every bulletin on the national broadcaster, the Kenya Broadcasting Corporation, would start with news of the president.

We would then be told about what the president had been up to.

I will remember the former president for nyayo milk.

Nyayo, meaning footprint, was his philosophy of peace, love and unity. Many of his projects used the prefix “nyayo”.

Nyayo milk was a feeding programme he initiated for all state-funded primary schools.

We used to get milk twice a week; sometimes one packet, sometimes two.

We were told this was about the president making sure that hunger did not stop us from going to school. “The president loves you,” our teachers would tell us.

And I remember teachers using milk as bait to keep us in school all day. On some days the milk vans would arrive by noon, but would not be handed out until evening assembly. We lived for the free milk.

Trekking to see the president

I will remember how lessons would be interrupted if President Moi came to visit the area.

Every school would cancel classes and send students to line up along the highway and sing for the president as he drove by. 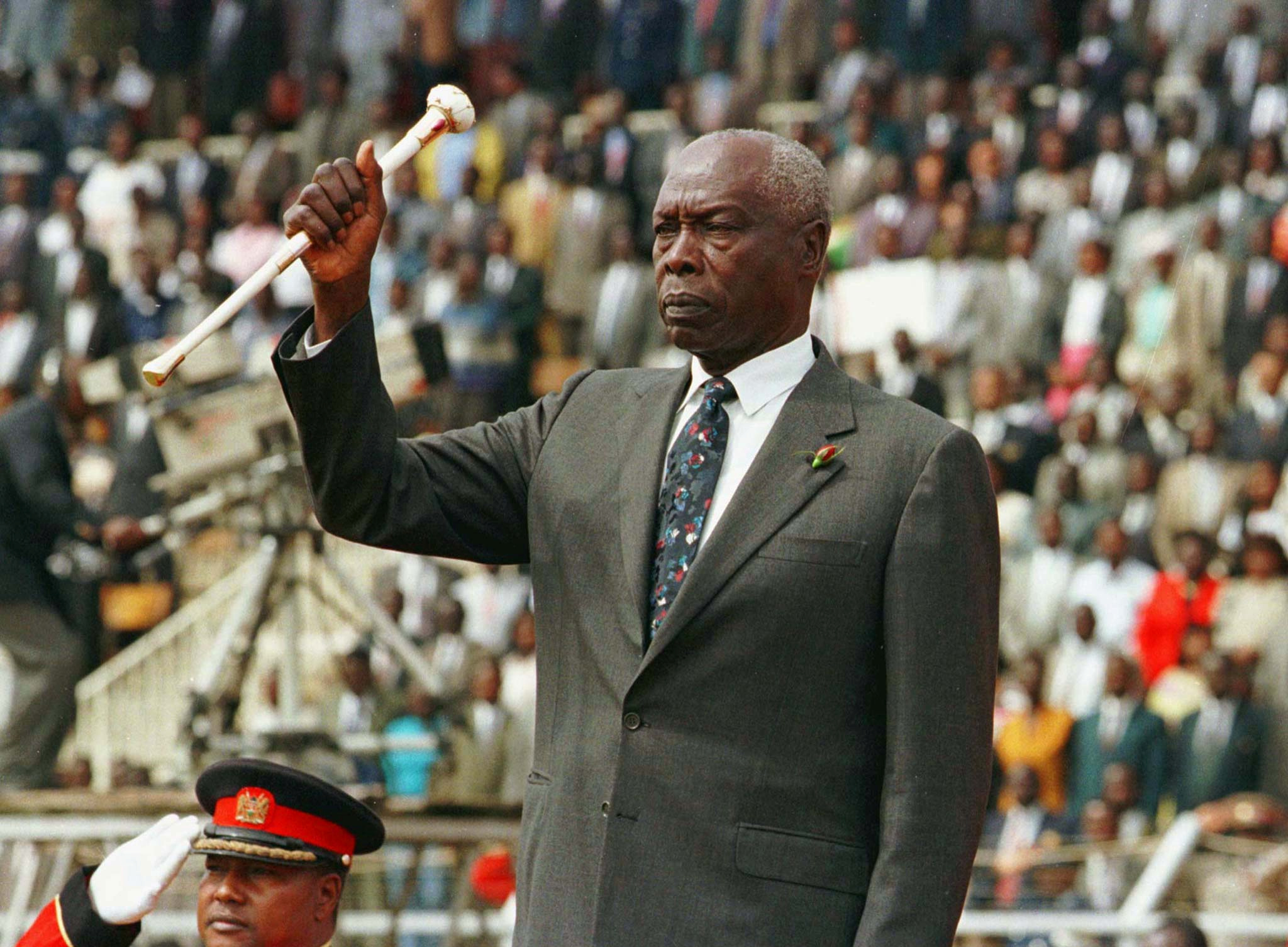 In 1997, when I was in high school in western Kenya, I remember walking 8km (five miles) to the nearest main road where the president was slated to stop on his way to Migori.

The school choir had rehearsed several patriotic songs, and only the most influential and senior students were allowed to sing.

Word was that the president, a man famously generous with handouts, always gave money to school choirs that sang for him.

Senior students were not going to let Form One and Form Two pupils to enjoy that manna.

Mr Moi was slated to pass by our spot at 14:00 and address the people.

We were there by noon. However, he did not arrive until nearly 19:00, probably because he made too many stops as he was on the campaign trail.

‘We saw him with our own eyes’

And because of his tardiness, he did not even stop to address us.

The president’s convoy slowed down just enough for us to catch a glimpse of him through the sunroof of his vehicle. We did see him smile and wave his famous rungu – the club and symbol of power that he always carried with him.

More on the death of Daniel arap Moi:

And that was how days of rehearsals, two hours of walking and another five hours of waiting for the president on an empty stomach was rewarded. A 10-second glimpse of the great man.

As jaded and upset as we were, many of us felt honoured to have seen the president with our very own eyes.

‘He jailed my father’

But, perhaps most personally, I will remember how President Moi’s regime robbed me of paternal love.

My father, Cpl Michael Collins Owino, was in the air force at the time of the aborted coup in 1982, the year I was born.

When the army foiled the coup and a crackdown began in the military, my father was among the servicemen arrested.

He was tried and handed an 18-year sentence. But in 1988, he was pardoned after six years in prison and that is when I remember seeing my father for the first time.

To this day, I do not know whether my father was involved in the attempt to unseat Mr Moi.

But the president’s crackdown affected both real and imaginary enemies, with lots of collateral damage.

My father died in 2001 never having discussed what had happened to him.

In his life, he remained very distant, and often hostile. My mum did not speak of it either.

After his death, I went digging to try and understand what had happened.

The only reference I ever found was in a newspaper article from August 1982, in a series on the courts martial that followed the coup attempt.

But all the newspaper had was an image of “Cpl Michael Collins Owino of the Kenya Airforce”.

Under his image, they summarised his defence in four words: “I was following orders”.