Burundi is about to lose its president of 15 years but gain a “supreme guide to patriotism”, according to the official title that will be given to Pierre Nkurunziza once he steps down after Wednesday’s election.

He will also receive a $540,000 (£440,000) retirement pay-out and a luxury villa. But it is not clear if he is going to step out of the limelight and spend more of his time on other things, like his beloved football.

The build up to the poll – in which seven candidates are vying to replace the president – has been marred by violence and accusations that the vote will not be free and fair.

But whoever wins will be required by law to consult Mr Nkurunziza on matters of national security and national unity. Whether they have to follow his advice is not clear.

Five years ago, Mr Nkurunziza’s third term began amid political turmoil. His announcement that he would run for a further five years in power had sparked anger as some questioned its legality.

There was a failed coup attempt, hundreds of people died in clashes and tens of thousands fled the country. His election in July 2015, with nearly 70% of the vote, was described as a “joke” by opposition leader Agathon Rwasa, who boycotted the poll.

This time around, Mr Nkurunziza was allowed, after a change in the constitution, to run again, however he appears to have opted for a quieter life.

Voting amid the virus

Wednesday’s election has also been criticised for taking place during the time of coronavirus.

The country has only recorded 15 cases of the virus, with one death, but the wisdom of holding mass rallies has been questioned.

A government spokesman said in March, when no cases had been recorded, that the country had been protected by God.

Burundi has resisted imposing tough restrictions, with the government only advising the population to stick to strict hygiene rules and avoiding crowds wherever possible – except of course in campaign rallies.

But the government did insist that foreign election observers be quarantined for 14 days from arrival in the country, which some saw as a way of discouraging them from going at all.

”What we’ve seen in the last few months is that the political space in Burundi is fairly limited,” Nelleke van de Walle, who works on Central Africa for the Crisis Group think-tank, told the BBC.

“So it’s highly questionable that the elections will be free and fair.

“The fact that no election observers will be allowed in the country to see what’s going on – I think that increases the risk for election fraud, corruption and human rights violations in the run-up to the elections as well.”

The government insists that it warned would-be observers about the quarantine in April, giving them ample notice.

Diplomats have also expressed concern over the poll. 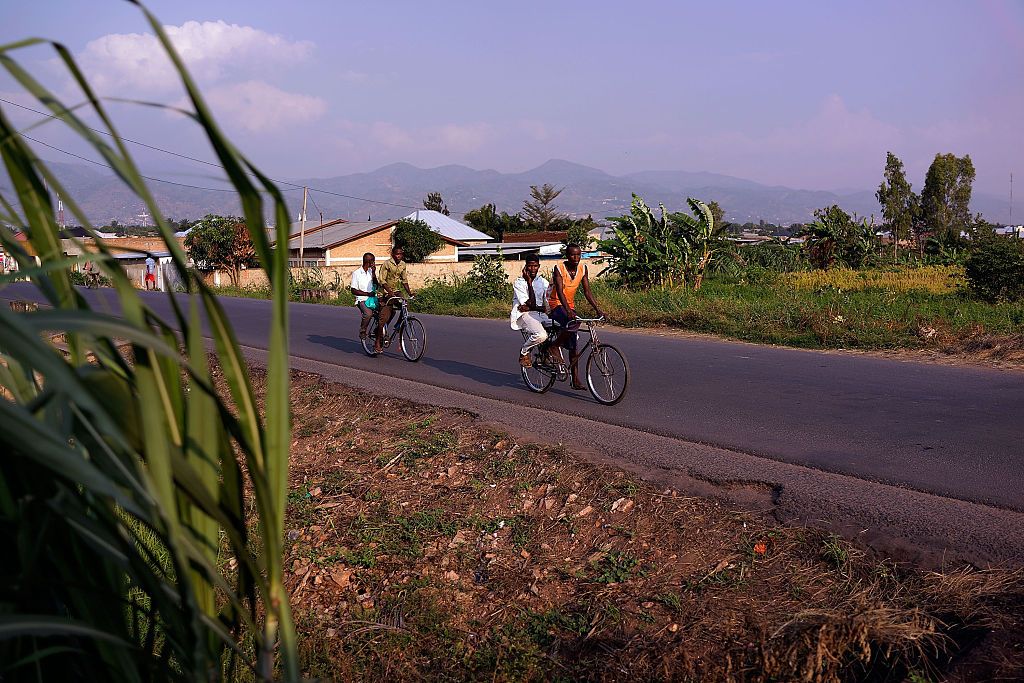 But for the past five years, Burundi has found a way to deal with its international critics either by completely denying allegations of abuse or simply ignoring them. And so far it has worked for the government and the ruling party.

The country has managed with little donor support, much of which disappeared after the 2015 turmoil. As a result, these elections have been entirely funded by the government – a first in the history of Burundi and rare on the continent.

All this has made the authorities there confident to push ahead. 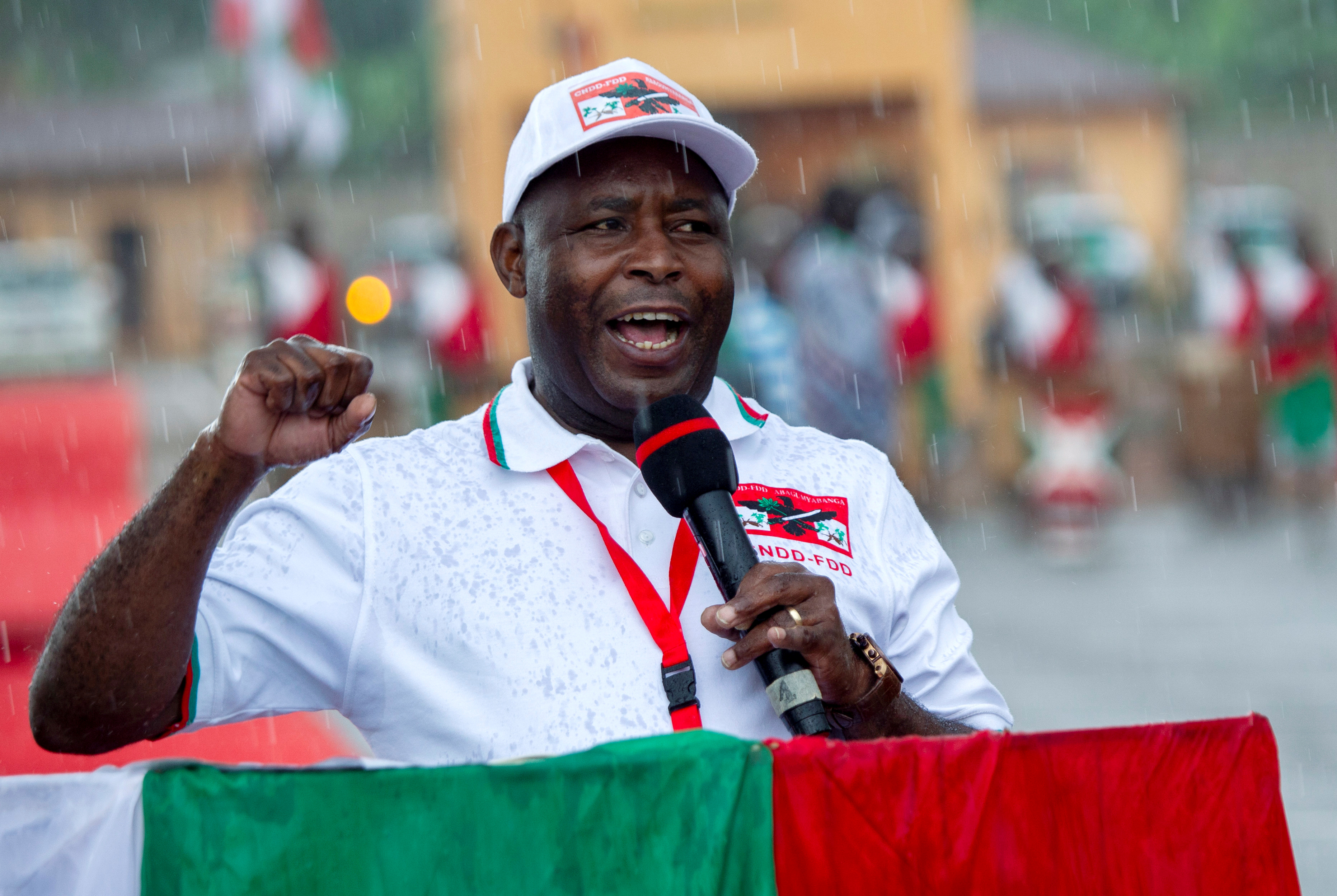 From the seven candidates in the presidential race, only two are seen as real contenders.

Mr Nkurunziza is backing the governing CNDD-FDD party candidate, Evariste Ndayishimiye, who has been feted at huge rallies.

He is the party’s secretary general, former interior minister and was a rebel commander, alongside Mr Nkurunziza, in the FDD during the civil war, which ended in 2003.

Mr Rwasa, the former leader of another rebel group, the FNL, has called for a “profound change in all sectors of national life”, when he spoke to supporters of his National Congress for Liberty (CNL), which was formed last year.

Despite pulling out of the 2015 race, when he was the candidate for another opposition party, he still garnered 19% of the votes as his name remained on the ballot paper.

Both men are confident they have the support base to win, but it has been an uphill battle for Mr Rwasa. Human rights organisations say the government has used its might to intimidate and repress the opposition and its supporters. 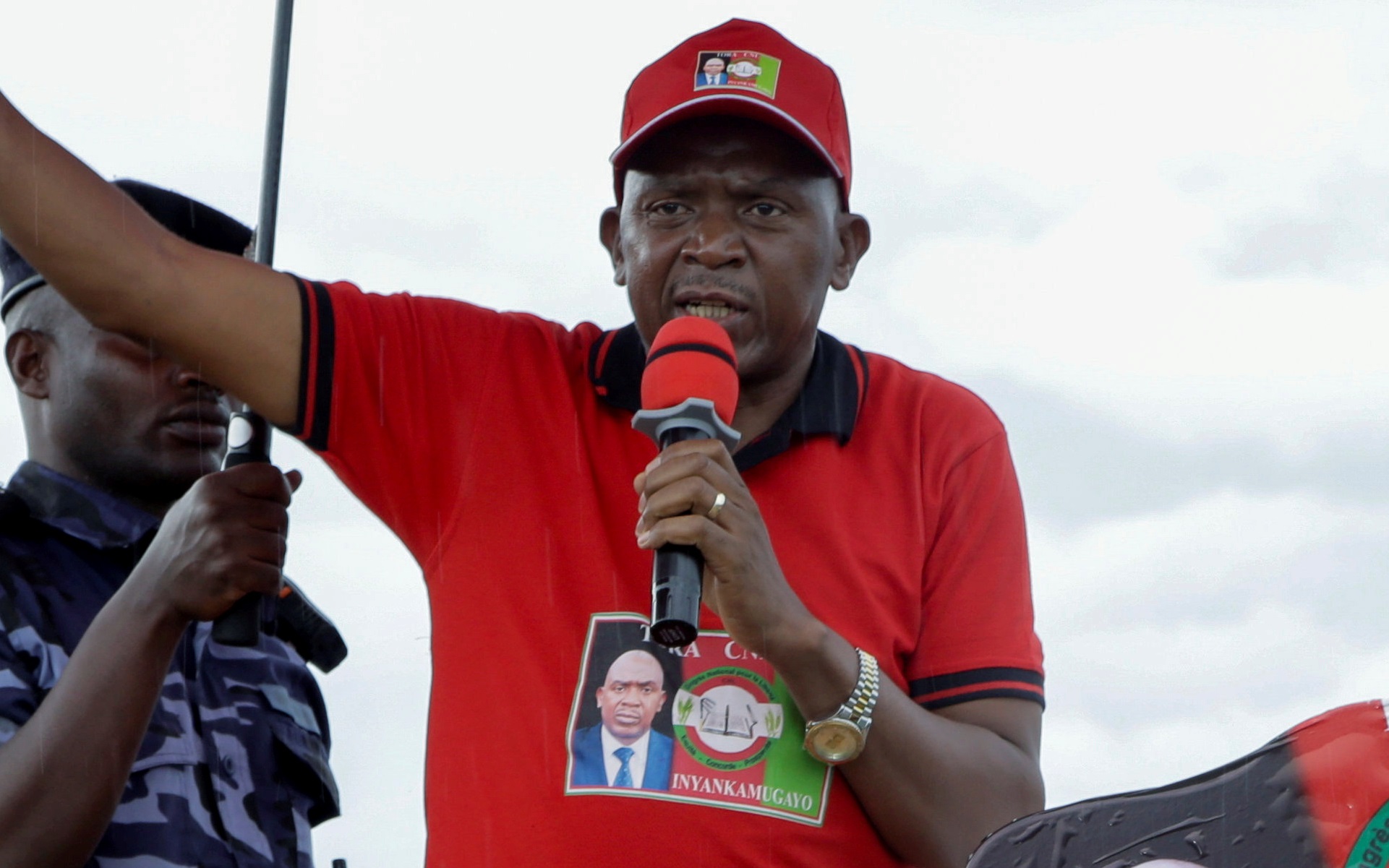 According to Human Rights Watch, there have been at least 67 documented killings, including 14 extrajudicial executions, in the last six months. There have also been disappearances, cases of torture and over 200 arrests against real or perceived political opponents.

The security forces have been accused of using excessive force to shut down opposition activity.

Hopes for a new beginning

Since gaining independence from Belgium in 1962, Burundi has seen wave after wave of violence between an ethnic Hutu majority and the Tutsi minority, which dominated the country.

It has never had a sustained period of peace after a change of leader.

Melchior Ndadaye, a Hutu, was elected president in the country’s first democratic election in 1993.

But hopes of democracy taking root were dashed just three months into his presidency, when a group of soldiers from the Tutsi-led army mutinied and assassinated him, together with a number of his cabinet members and political allies.

Hutu rebel groups, including the FDD and Mr Rwasa’s FNL, then took up arms in a decade-long civil war, which saw some 300,000 deaths.

The tumult of 2015 ended another period of relative peace. But the question is whether the next president can restore the country’s reputation in the eyes of international observers.

Mr Nkurunziza, armed with his title of “supreme guide to patriotism”, may hope to continue to maintain some influence.

But even if his party’s candidate does win, that is no guarantee that he will be able to pulling the strings should he so desire.

In Angola, long-serving President Jose Eduardo dos Santos expected to continue to have a say in government after João Lourenço was elected to replace him in 2017. But his hand-picked successor turned against him, sacking and even prosecuting some of Mr Dos Santos’ children and close allies.

Party wrangling and jockeying for position however should not detract from the main task of the next head of state.

The World Bank estimates that seven out of 10 Burundians live below the poverty line, and the country’s 11 million people will hope that whoever ends up president will make their lives better.