The UN has made an appeal for more funds to tackle the unprecedented invasions of locusts threatening crops in parts of Africa and Asia.

So what’s needed and do affected countries have the resources to cope? 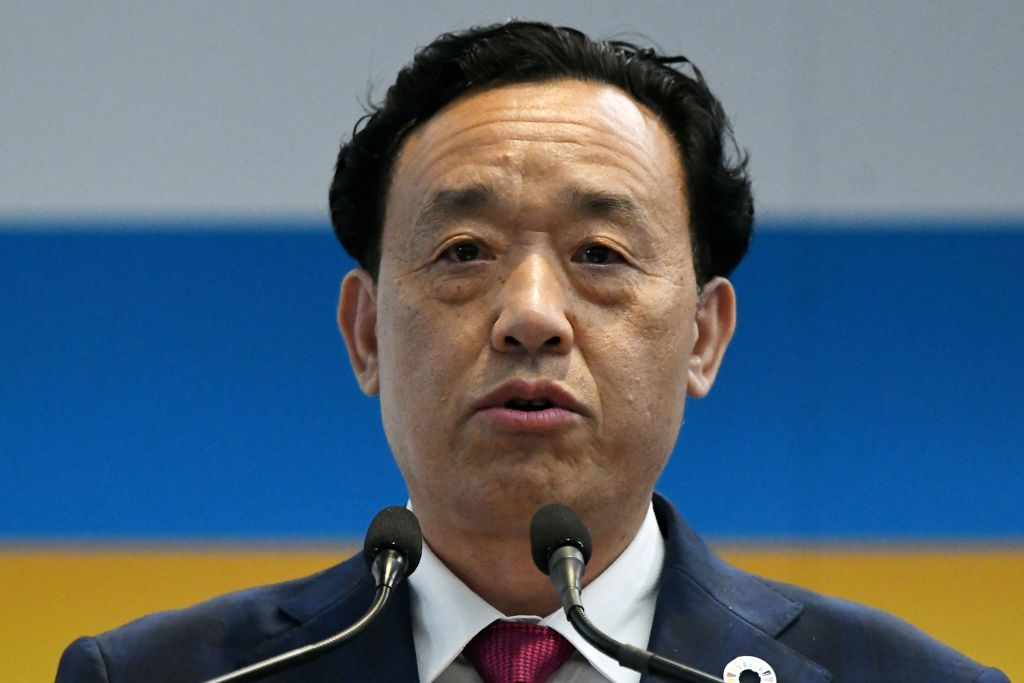 The upsurge is threatening … food security in a region that is already seriously food insecure. There is no time to waste

What’s the size of the challenge?

The UN’s Food and Agriculture Organization (FAO) says a food crisis could be looming in East Africa if more resources are not forthcoming, and has appealed to donors for an additional $62m (£48m).

Director general Qu Dongyu says the next few weeks will be critical.

Control operations against locusts are under way in 13 countries, from India in the east, all the way across to Mauritania in West Africa.

The main threats are in East Africa and Yemen, as well the Gulf states, Iran, Pakistan and India.

Most recently, locusts have been seen in the Democratic Republic of Congo, and swarms have arrived in Kuwait, Bahrain and Qatar, and along the coast of Iran.

The FAO has told us that in three of the worst affected countries, Kenya, Ethiopia and Somalia, they estimate that at least 100,000 hectares in each country need to be sprayed with insecticide.

By the end of January, they were substantially short of this target in the worst affected countries in East Africa.

What money is needed?

However, so far only $33m has been received, $10m of which has this week come from the Bill & Melinda Gates Foundation.

The UN wants this money to help countries control the locusts by spraying on the ground or from the air, and to improve cross-border co-ordination.

But funds are also being used to provide immediate and longer-term assistance for farmers whose livelihoods have been affected by locust swarms.

The insects, which eat their own body weight in food every day, are breeding so fast that numbers could grow 400 times by June.

What resources do countries need?

Equipment and personnel for controlling the locusts are key resources that are currently in short supply.

Aerial and ground spraying combined with constant tracking of the swarms – which are constantly on the move – are viewed as the most effective strategies.

Stephen Njoka, head of the Desert Locust Control Organization for Eastern Africa, the regional body co-ordinating the fight against the locusts, told us: “We have a challenge in the number or aircraft available – they are not enough. Pesticides are also in short supply.”

He says currently Ethiopia is using five aircraft, and Kenya, six for spraying, and four for surveying.

The Kenyan government says it needs 20 planes to tackle the crisis.

It also needs a continuous supply of the pesticide Fenitrothion for spraying.

Peter Munya, of the Kenyan Agriculture Ministry, says they are having to source pesticides from Japan.

A month ago, the Kenyan government said it had distributed 4,700 litres of pesticide to affected areas and wanted to distribute 20,000 litres more.

Mr Munya said earlier last week the government had received a first consignment of 7,500 litres from abroad, but that is only just over a third of what’s needed.

Somalia is not currently carrying out spraying. The government there – along with the FAO in Somalia – has called for an urgent upscaling of surveillance and control operations in the country.

The FAO also says that in Yemen, there’ve so far been limited surveys of the situation and control operations could not be carried out.

What about training people on the ground?

The FAO says this is a key issue at the moment due to the sheer size of the locust problem.

“Many of these countries haven’t dealt with a locust situation like this in 25 or 70 years, so there isn’t a huge community of experts in the region with first-hand experience in locust control,” the FAO told the BBC.

There are training programmes under way in countries affected, and Kenya has trained more than 240 personnel from affected counties in effective monitoring of locust swarms.

Severe as the situation is already, it’s likely to get significantly worse before it improves.