Joao Lourenço was supposed to be a relatively safe pair of hands.

A liberation party stalwart, a veteran of Angola’s long wars, an ambitious but unremarkable Soviet-trained artillery general hand-picked by other generals, a man who would, surely, do nothing to rock the boat.

That, at least, appeared to be the plan.

When he took over as president of the oil-rich country in 2017 – and soon after as leader of the governing MPLA – the expectation was that he would shake things up a little, introduce cautious economic reforms, root out some corruption in a way that would not scare too many wealthy generals, seek to revive the reputation of his ageing party, and leave his predecessor, Jose Eduardo dos Santos and his family, to enjoy their various business empires in peace.

Instead, in office, President Lourenço, 65, has turned out to be – or at least aspires to be – more of a “Gorbachev” figure, throwing caution and precedent to the wind, dragging Angola out of its sluggish, authoritarian past and leading it towards a future that suddenly looks both exciting and precarious.

“He’s a bulldozer. Nothing he does is discreet. He goes for the jugular,” political analyst and Angola expert Paula Roque told the BBC.

The first, and most prominent, target of that bulldozing instinct has been the Dos Santos family.

Much to the surprise and delight of many Angolans, who had grown tired of watching the former president’s family grow staggeringly wealthy, at least in part from government contracts, and who had long feared the prospect of a Dos Santos political dynasty, President Lourenço – or JLo, as he’s known to all Angolans – moved fast and aggressively against the former “first family”. 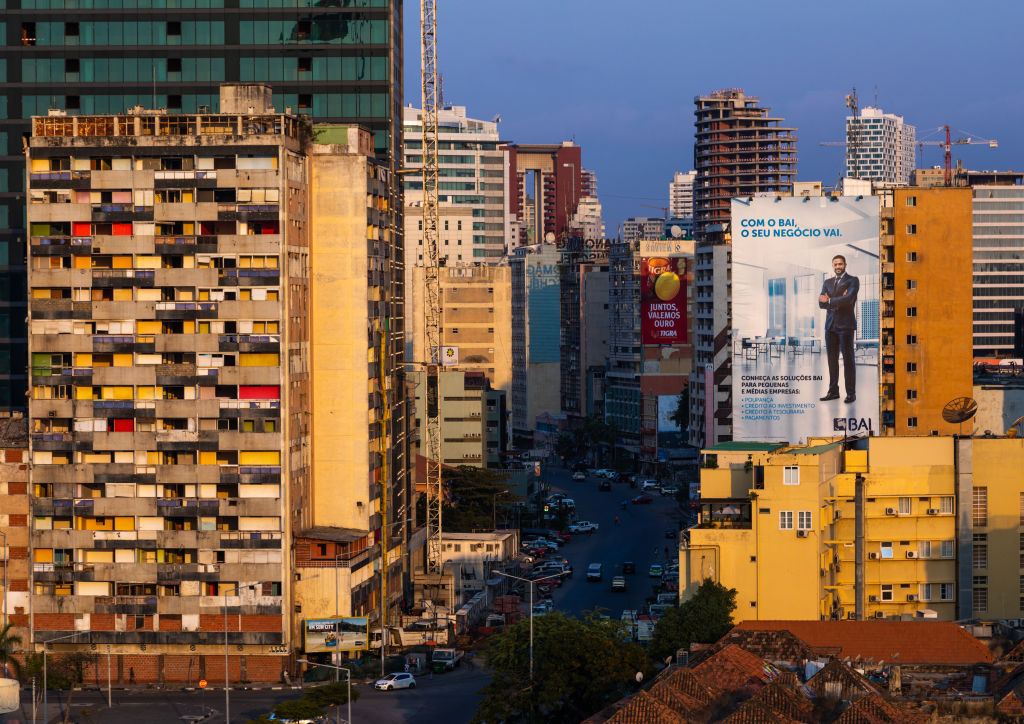 Isabel dos Santos was brusquely removed from her job running the giant state oil company, Sonangol. Her half-brother received similar treatment at the state’s sovereign wealth fund, and soon afterwards found himself in custody and is now on trial for allegedly trying to smuggle some $500m (£380m) out of the country. Jose Filomeno dos Santos has denied wrongdoing.

“It feels personal. There is a genuine animus between the two families,” said Ms Roque, of JLo’s actions.

Then came a series of even more dramatic steps, as Ms Dos Santos’ business assets in Angola were frozen by a local court, financial documents from within her empire were leaked to investigative journalists, leading to fresh allegations of corruption and damning global headlines.

That was followed, this week, by an announcement that an international arrest warrant would be issued if she did not return home to answer formal accusations of embezzlement.

Ms Dos Santos has called allegations revealed by leaked documents entirely false and said that the Angolan government was engaged in a politically motivated witch-hunt.

In a statement she said that they showed they were part of a “very concentrated, orchestrated and well-co-ordinated political attack, ahead of elections in Angola next year”.

Who is Isabel dos Santos?

Source: Forbes magazine and others

“What you have is a president who recognises that corruption is a stigma and a disincentive for foreigners to come here. He’s tackling that… and his actions have demonstrated that in spades,” she said.

But JLo’s moves to tackle corruption is now in danger of being overshadowed, and perhaps even derailed, by the second, key, part of his reform program – the economy.

Angola, Africa’s second biggest oil exporter and and also a major diamond producer, is currently wrestling with an abrupt economic downturn – the result, at least in part, of the tough reform package that JLo signed up to in return for a giant $3.7bn loan from the IMF.

“There is a big level of discontent, socially,” Ms dos Santos said, in a recent BBC interview, pointing to soaring unemployment, rising government debt, a currency devaluation, and increasing industrial action. “President Lourenço wants absolute power. But… his track record is very, very poor when you look at what happened in Angola over the last two years.”

The corruption allegations against her are, she said, “an attempt of creating a diversion”.

Ms Dos Santos’ analysis may be self-serving. But that doesn’t necessarily make it wrong.

“The economy is now in free-fall. JLo is milking this anti-dos Santos thing because it’s the one thing he’s got,” said Mr Di Oliviera

“But the population is becoming jaded and cynical. His popularity is wearing off and people are asking why is he not going after others.

“This is a very focused, targeted [anti-corruption] campaign. [Others] who are as bad as the Dos Santos family… are not touched. So, the hypocrisy is registering with most Angolans. My sense is this is more effective internationally than domestically,” he said.

And so, Angola’s “Gorbachev” suddenly finds himself treading a narrow, difficult path.

Who is Joao Lourenço?

He badly needs to shore up the MPLA’s support base – now waning like that of so many African liberation parties – ahead of upcoming local and national elections.

But his own position within the party depends on him striking the right balance between a broader crackdown on corruption (which could help stimulate the economy and lead to the repatriation of billions of dollars in stolen assets) and protecting senior figures within the MPLA.

“There are the protected and the persecuted – those who are politically dispensable,” said Ms Roque.

“People ask why some of the worst ones are being protected – those who are just as corrupt, but are part of the new government system and who are necessary for one reason or another, to keep equilibrium inside the party.”

The general assumption is that the MPLA – worn-out but still dominant, much like the ANC in South Africa – will retain control of Angola for some years to come by fair means or foul.

But JLo, like South Africa’s new President Cyril Ramaphosa, is quickly learning how hard it is to rebuild a brittle, fragmented party from within, and to make any serious headway against corruption when so many key state institutions are rotten to the core.

In this context, the fate of Ms dos Santos and her business empire (so important to the Angolan economy) could still be settled by negotiations, behind the scenes.

“It’s hard to say if this is the endgame. The relationship between the Dos Santos family and JLo is very complicated. It’s like a tango in the dark,” said Darias Jonker, from the Eurasia Group.

“They do need each other to varying degrees and ways, but they’re also in competition. They’re frenemies – so to speak.”

There’s no doubt that JLo – who once compared himself to China’s reformist leader Deng Xiaoping – has allowed the winds of change to sweep through Angola.

People are seizing the opportunity to speak out, without repercussion, and to challenge decades of repressive, inefficient rule and staggering inequality.

But, as the Soviet leader Mikhail Gorbachev discovered to his own cost, truly radical reforms, like revolutions, tend to devour their own.